The Imperative of Foundation Board Diversity

More than a decade ago, I was summoned to a meeting to provide advice to the board members and CEO of a new, very large foundation. I remember thinking I didn’t really belong in the ornate room with the philanthropy luminaries asked to attend the day-long session. But I also remember being glad I was there and hoping that maybe my perspectives would make a difference.

The meeting’s discussion ranged from how best to support nonprofits to how to assess performance to how to think about goal choice and strategy. The CEO and every board member seemed genuinely open to learning. But then, after lunch, things got tense. The discussion had turned to the topic of board governance. Speaking directly to the board members, another of the guests, a retired foundation CEO, said, “You need to fix your board. And now.” She noted the lack of diversity of the all-white, all-male board, as well as the lack of experience with nonprofits or philanthropy among them.

A few of us chimed in our strong agreement, probably relieved that she had been the first to say what we were all thinking. The foundation’s board members nodded seriously. There was what seemed like a long silence and then the chair thanked us for our candor and moved the conversation to another topic. I honestly didn’t know if that meant they heard us and were embarrassed and would act quickly to address this — or if they were defensive and digging in.

I found out, of course, over time. Fast forward to today and that board has barely changed. It’s still all-white, still small and still lacking in diversity of experience. I can’t say what board it is because of confidentiality promises from all of who attended that day. But I can say this: it’s deeply discouraging. And, unfortunately, it’s no anomaly either.

In a report on foundations’ equity efforts related to the 2020 crises released in December by the Center for Effective Philanthropy (CEP), the organization I lead, we found that of 218 foundations responding to a survey we conducted, 57 percent reported that fewer than a quarter of their board members were people of color. In a recent piece in Medium, journalist Marc Gunther reported, “Of the 40 biggest private, grant-making foundations, a dozen — that is, 30 percent — appear to have no BIPOC board members. … It’s hard to be certain because no one collects data on the racial makeup of foundation directors, and most foundations approached for this story did not reply.” A 2018 BoardSource report contained similarly sobering data about foundation board diversity.

Giving credit where it’s due, many foundations have responded to the long-overdue 2020 reckoning on systemic racism in the U.S. by stepping up grantmaking to communities of color and to organizations led by people of color — as CEP has documented in the report mentioned above. But we see scant evidence that foundations are looking within to change the composition of their own governing boards as part of this reckoning. In interviews we conducted for the same study, just 12 percent of foundation leaders we spoke to proactively raised the issue.

Until foundations make changes to who sits on their boards, I think it’s fair to ask how deep and sustained the positive moves we have seen will be. This is not just cynicism or speculation on my part. Data that CEP has collected and analyzed suggests that board diversity and foundation practices are meaningfully related. This is both unsurprising and important to document. My CEP colleagues saw statistically slight but meaningful differences across a wide range of practices related to both who is funded and how foundations relate to nonprofits.

More racially diverse boards tended to have made more efforts to serve communities of color and immigrants in the wake of the COVID-19 crisis, for example. They also provided a larger proportion of grant dollars to Black-led organizations prior to the pandemic, and they tend to be more communicative with grantees and more advocacy-oriented. They have also been more flexible with grantees in the wake of the pandemic. Those are just a few examples.

As we all know, correlation is not causation. It’s possible some third factor, such as the perspective of the CEO or the mission of the foundation, is responsible for the connection between board racial diversity and certain practices. But I think it’s not much of a stretch to suggest that racially diverse boards are at least somewhat more likely, by virtue of the lived experience in the boardroom, to work harder to support communities of color or to show more empathy for nonprofits in a crisis. Change in the foundation boardroom will only happen when board members decide to make it happen. And that will likely require foundation CEOs to make the case.

This is hard. It involves telling your bosses that they’re not necessarily the right group to govern the foundation in the future. But it can be done diplomatically, respectfully, and forcefully. And, if there was ever a time to take a little career risk in the interest of what’s right and just, it is now. We’re experiencing what may be a once-in-a-generation opportunity for dramatic change. It’s not the time to hedge.

As my colleague Ellie Buteau, lead author of our report on foundations’ post-crisis equity efforts, puts it, “Systemic racism received much greater national attention in 2020, but it will take much more than months of conversation for things to improve; it will take a life-long commitment on the part of foundations to help move the needle.”

And that will take change in the foundation boardrooms, starting with who is sitting around the table. 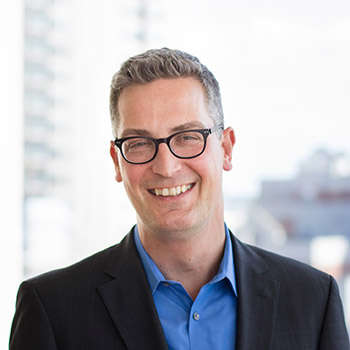 President of the Center for Effective Philanthropy

Phil Buchanan is president of the Center for Effective Philanthropy, author of Giving Done Right, and co-host of a podcast by the same name.