Shifting Evaluation and Learning to Center Equity in Philanthropic Practice

Minnesota is a state filled with contradictions, a complexity most evident as we sit at the current epicenter of racial reckoning in the United States and across the world. Our region is one of the most celebrated states in terms of civic participation — voting, participation in census, volunteerism, as well as affiliation with a faith community.

The first wave of Northern European immigrants arrived in the 1900s, shaping a socially minded civic culture. This paved the way for Minnesota to welcome waves of immigrants from the 1970s onward, racially and culturally diverse new Minnesotans including Hmong and Somali refugees, Korean American adoptees and immigrants from the Latinx and Asian Indian communities, to name a few. Yet Black, Indigenous and people of color in this state are also keenly aware of what has been dubbed the “Minnesota paradox”—a term used to describe the radical disparities in every quality-of-life indicator in an otherwise welcoming and multi-cultural state with strong social safety nets. We can begin to understand the origins of those disparities if we look to the full history of the state’s founding, including colonization of lands and cultures still being stewarded by the First Peoples, represented by 11 tribes in Minnesota today.

The reality is that diverse peoples of color have been part of this state and contributing to its economic, social, and cultural well-being since before its founding. To describe these populations as “statistically insignificant” narrows our view. It’s long past time to broaden our aperture and expand our understanding of who we have been, who we are, and who we are becoming.

It’s time to forge a new, more accurate and uplifting narrative—one that captures the resilience of communities who have and continue to contend with race-based housing covenants, exclusion from job opportunities, and persistent under-investment. We must counter the dangerous narrative that attributes our disparities to individual failings versus failing systems. We are all held back by inequity; and the converse is true. Equity is a powerful force multiplier, and we all move forward together by equity.

As honored co-hosts of GEO’s 2021 Learning Conference — feeling the loss and trauma from George Floyd’s murder during the still ongoing pandemic, alongside the recent killing of Daunte Wright and too many other Black lives — we are committed to shining a spotlight on the deep fault lines that has been sitting below the surface of our state, and our nation, since its founding.

As the social and economic fault lines shift, we sit at the precipice of choice. Do we gradually tilt forward to move beyond the status quo at a pace that is comfortable for most? Or do we imagine and design new systems that account for differently situated people — and move us toward an equitable future for all? While the binary is too simplistic, we believe there is no option but to fund the future through disrupting systems. Even with all our resources, we are up against powerful and longstanding systems, an interlocking cage that we must unravel to bring our state, nation and world into an equitable future.

This year’s Learning Conference is an opportunity to ground our rapidly evolving words about equity and justice in deep practice, elevating real-time learning to enact change rather than slide back into the well-worn grooves of systemic oppression. Evaluators have a critical role in amplifying collective wisdom and cultural knowledge, spotlighting change as it occurs and providing visibility so others can learn and grow. We are two Asian American leaders with very different stories — Kara Inae, a Korean American adoptee who grew up in a White, Black and Korean working-class family and Anita, a bi-racial, Indian woman who grew up in a small town in southwestern Minnesota. In many cases, our data is lumped into one “Asian” category. That label masks millions of experiences and hinders the ability to highlight underlying trends and insights. Only recently has the field begun to disaggregate data to get to the true stories that lie underneath large categories in a meaningful way. This is one example that illustrates the need to keep pushing ourselves in the learning field. There are many stories to be told!

The voices of artists, culture bearers, visionaries and community members at the conference will paint a richer narrative in telling some of these stories. They will invite us into their proximity — even at a distance. It is a powerful thing to be together on the one-year anniversary of Mr. Floyd’s death, challenging us to reflect on what has been learned as we hold each other to account for what is yet undone. During this conference, we hope you will be inspired to keep moving forward in your own practice of centering justice, equity and healing.

Evaluation has traditionally been a practice in compliance and power; researching social problems at a distance with a false sense of objectivity. Some evaluators among us have been true to their craft, evolving and shedding the practices that serve the positionally powerful while failing to lead to change among those to whom the interventions matter most. This conference invites, and perhaps even demands of us, pathways toward real outcomes. This will only come from straight talk, a commitment to shifting our thinking, reflections on power and a deep look at reciprocal accountability. What stories will we tell after this experience together? 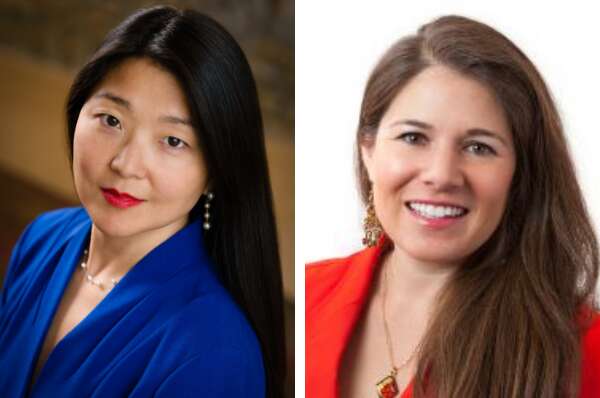 Kara Inae Carlisle joined the McKnight Foundation in 2017 as vice president of programs. Since joining the Foundation, Carlisle has been supporting cross-program strategy and development, in particular exploring intersections across race, equity, and democracy, aiming to drive toward greater impact across the Foundation’s programs. Previously, Carlisle spent eight years at the W. K. Kellogg Foundation in Battle Creek, MI, most recently as director of New Mexico Programs. She also served on Kellogg’s Civic and Philanthropic Engagement team, developing the first manual to inform its approach to place-based grantmaking.

Anita Patel joined the Bush Foundation in 2015 as the Leadership Programs Director. She works with a wonderful team to equip, inspire and connect leaders in order to drive equitable change that strengthens our region. She brings a significant record of accomplishments to the Foundation, including ten years of developing of a wide-range of leadership and inclusion programs as the vice president for racial justice and public policy at the YWCA of Minneapolis.