Recent events across our nation and the world underscore that we are living in a profoundly important and defining historical passage.

From our reckoning with race and other forms of institutional exclusion to our battle with climate change, and from growing economic and political dislocation to our still-disturbingly uneven response to the COVID-19 pandemic, so much of humanity and the planet stands on the precipice of life and death.

Our margin for error in connection with such existential challenges is very thin. The failure to change our course soon in profound and far-reaching ways literally risks a dangerous civilizational decline in the years to come.

This is not hyperbole. Despite the protests of some who increasingly deny the data and facts, our most credible scientists, educators, applied thought leaders and community activists from many fields concur that our current systems and policy frameworks are killing us and the planet.

In the present context, it is not a time for philanthropic neutrality or business as usual. The very legitimacy and efficacy of social investment institutions and the larger philanthropic field hangs in the balance.

More – much more – needs to be done in new and different ways if social investment leaders and practitioners are to do our part for the Common Good in this make-or-break moment.

Recognizing the foreboding trendlines of recent years, many philanthropic leaders have taken bold measures to move us in a leadership direction that meets the moment.

The Ford Foundation, The California Endowment and others have creatively used social investment bonds to augment the available capital to support nonprofit groups and networks leading needed social, economic and political change efforts.

Funders like the Edna McConnell Clark Foundation, through its Blue Meridian Partners Initiative, have joined forces and resources in unprecedented ways to scale proven best practices and solutions that are actively combating the growing poverty in our times.

The Libra Foundation and others have aligned to raise significant new funds in support of Black-led organizations at the forefront of contemporary struggles for racial equity and justice.

And, last but not least, the McKnight Foundation recently made a commitment to achieving net zero greenhouse gas emissions across its $3 billion endowment to build a carbon-free economy.

In addition, these and many other funders still have recently streamlined and simplified their grants review and reporting processes, increased core operating support grants and centered their work in grassroots communities in ways that make life so much easier for and responsive to the frontline groups they partner with.

All of these efforts are to be greatly acknowledged, applauded and amplified in the months and years to come.

But beyond the call to standardize emerging best practices like those just referenced, in the next stage of our work, it is essential that philanthropy leaders finally recalibrate their sights on the 95 percent of foundation asset holdings that are never applied to grants or programs.

Rather, that 95 percent of portfolio investments typically just sit in private equity plays. Too often, however, those plays further advance extractive and exploitative industries which in turn have created many of the social, political and economic disparities that increasingly mark our times.

Foundations should be challenged to do much better than that in the current context. Their place in society, and the tax benefits they enable, are a construct of public policy. They should be made much more accountable to the public interest; and their capital investment portfolios should reflect that.

The case for more purposeful and charitably-aligned capital investments by foundations is not new. For the better part of the past generation, forward looking and progressive leaders have been calling for foundation executives to put their capital investments more aggressively to work for the Common Good. Some have called for payout increases under the prevailing IRS rules that currently mandate only 5 percent of assets being directed annually to grant and program expenditures.

Indeed, a payout increase to 6 or 7 percent of foundation assets would substantially increase grant spending for needy community-based nonprofits in a broad range of areas.

In today’s largely unprecedented context of emergency and existential threat, such measures should be seriously considered and acted on.

But the sheer scale of the challenges we face today suggests that even such moves alone, while helpful, would not ultimately suffice to help us out of the corner we have worked our way into on so many social, economic, environmental and political fronts.

Rather, in order for the social sector, people and the planet to prevail over the coming years, something much more ambitious is called for.

In this connection, the time has come to consider a massive reordering of the prevailing social contract related to philanthropy’s role and work in society.

It is time to commit the entirety of foundation capital asset holdings to social purpose investments that on their face seek to maximize earnings on the basis of solving our most pressing human and ecological challenges.

If inspired to operate on this standard of institutional investment, foundations would be called to direct their massive capital holdings to places and spaces that would produce direct and immediate benefits far exceeding their grantmaking.

They would be incented to support environmentally-friendly, job-generating (rather than polluting and job-reducing) production processes.

They would be more apt to park their capital in community banks and credit unions, rather than blue chip investment houses and commercial banks that are overly-driven to profit maximization.

They would be encouraged to invest in local and regional social enterprises that pay workers a living wage with good benefits and co-ownership opportunities, rather than far away national or global conglomerates that are driven by lowest-cost considerations and automation.

Foundations investing for the Common Good would furthermore be inclined to support investments in minority- and women-owned enterprises, in safe, affordable, and accessible housing, and in high quality child- and elder-care enterprises that are increasingly so essential to modern families.

In addition, charitable investors would be encouraged to model and support social investment innovations like Baby Bonds, and student loan and payday lending alternatives that would substantially even the playing field for low income and striving families in poor urban and rural communities alike.

The capital financing and support of private foundations in these spaces would radically address the market imperfections and slanted public policies that have so favored power and profit at the expense of people and the planet over recent decades in the U.S. and abroad.

It would create new incentives for private industry and financial institutions to better meet the collective needs of people and communities rather than merely the particularized needs of the already powerful and privileged.

Already, over the past decade, many leading foundations, like the David & Lucile Packard Foundation and the F. B. Heron Foundation have modelled leadership in the mission-related and impact investing space, building on environmental, social and governance instruments.

But still much more can and must be done to produce broader, sector-wide investment in these and allied directions.

The clock is ticking. Study and debate need to quickly make way for much stronger philanthropic leadership declaration and action on the issues.

This is the most vital next stage work and imperative for the foundation sector, and organizations like Grantmakers for Effective Organizations, in helping to shape a 21st century defined by true democracy, prosperity sharing and human agency. 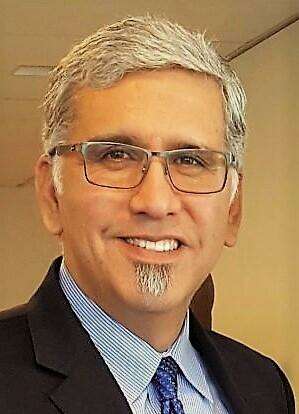 Henry A. J. Ramos is Board Chair of the Nonprofit Finance Fund and a Senior Fellow at the New School Institute on Race, Power and Political Economy. His book, “Democracy and the Next American Economy: Where Prosperity Meets Justice” was published by University of Houston-based Arte Público Press in 2019.