On February 2nd, 2021, Grantmakers for Effective Organizations (GEO) and Funders for LGBTQ Issues hosted a virtual event that brought together inspiring activists and philanthropic practitioners for an honest conversation on funding best practices to support trans justice work that is explicitly intersectional. 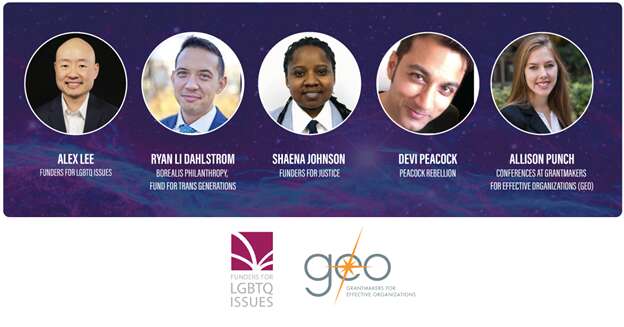 The conversation could not be more timely. At least forty-four transgender and gender non-conforming people were murdered in 2020, the highest number of killings since the Human Rights Campaign began tracking transgender homicides in 2013. As of this writing, at least eleven transgender and gender non-conforming people have already been killed in 2021. Trans women of color, especially Black trans women, are vastly more impacted by this violence. Say their names.

Trans-led organizations dedicated to justice for trans people all over the country are hard at work on the ground, responding to this crisis along with the various other crises trans people face. These organizations are directly engaged in violence-prevention efforts, including addressing systemic discrimination against transgender people, people of color, women, and disabled people, among others, that are the engines that drive this violence. Despite the clear need, philanthropy continues to invest relatively few dollars to support anti-violence efforts in trans communities. In all of 2018, philanthropic support specifically focused on addressing anti-violence in transgender communities did not surpass $500,000.

This context served as the backdrop for a powerful and honest conversation facilitated by Alexander Lee (Funders for LGBTQ Issues), among Shaena Johnson (independent consultant), Devi Peacock (Peacock Rebellion), and Ryan-Li Dahlstrom (Borealis Philanthropy Fund for Trans Generations). Here are my three takeaways as a participant:

Across the board there was agreement among the speakers that philanthropic institutions must revise their grant application and reporting processes and make them more accessible, including providing multilingual materials and multi-accessible formats. Devi Peacock called for funders to keep in mind the principles of Universal Design to ensure the widest possible access to the widest range of people. Limiting applications and report backs to English and to written formats makes it difficult for organizations to get their message across in the way that they want to, This means crucial information about their successes and challenges is left out. A great example of a shift in this process is Borealis’ Fund for Trans Generations, which allows grantees to submit video applications that let them get across what they want to without the limitations of text-only. It also has benefits for application reviewers. Who wouldn’t want to watch creative videos instead of just plowing through dense written materials?

Allow grantees to share what they want in the way that they want to share by shifting reports away from being heavily metric and data-driven. There is so much value in storytelling. While it’s true that “numbers tell a story,” we shouldn’t pretend that numbers tell a uniquely objective story—or the only story. Transgender-led organizations doing intersectional work, and especially in response to crisis, rarely have the capacity to produce the metrics and data that many funders are used to seeing from larger, more well-resourced organizations.

Finally, shift power to ensure those most impacted have a role in decision-making. The speakers spoke about the importance of forms of participatory grantmaking that empower trans communities to most effectively direct where funder resources go. Too often, the people making decisions that can impact a community are not a part of the community. The Trans Justice Funding Project is an amazing example of thoughtful participatory grantmaking. Even though they are a part of the trans community, they invite community members outside of their organization to lead grantmaking decisions every year to ensure our diverse community is represented.

There is so much more to share from this amazing webinar; you can watch a recording of the entire webinar here.

I’ll end with a quote from Shaena Johnson: “the culture of philanthropy is the culture of white supremacy.” It is important to sit with this fact and understand that this entire system and its infrastructure was built under the guise of altruism but has really perpetuated gatekeeping practices. Have these difficult discussions within your institution and challenge its practices. This past year of crisis has really shown that asking so much from grantees is not absolutely necessary. Frontline organizations are busy working to improve the well-being of so many people. The panelists in this conversation invite us to ask why practices that are all too common in our sector exist, and to work intentionally to make funding more accessible. 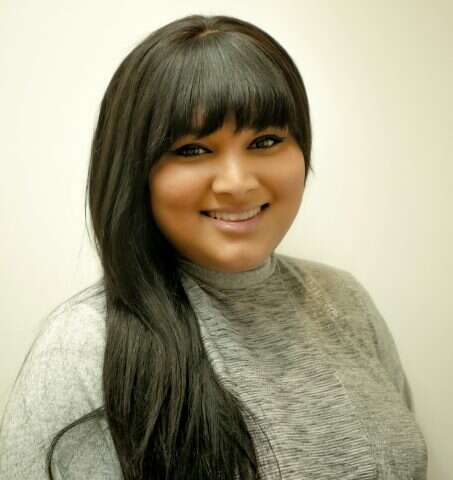 Nicole has strong experience in both administrative and programmatic roles, including roles in nonprofit and grassroots organizations. Some of Nicole’s experience includes serving as a Transform Fellow at the Sylvia Rivera Project and working with Black Trans Media to help organize their Trans Women of Color convening. Most recently, Nicole served as an Information and Referral Specialist at The Center.