From unrest to collaboration

On April 26, 2015, my 10-year-old son, Max, and I were going to check out Baltimore’s Inner Harbor. I was recently named to lead philanthropy for T. Rowe Price, and our family was in the area finalizing some details for the move. As we walked toward Pratt Street, my wife called and asked if we were all right, as the local news reports were talking about rioting in Baltimore. I told her that we were watching the protestors, who were marching in front of us with peaceful vigor. Max was OK, and it was probably a great learning moment for him. I promised her I would get back to the hotel soon.

I did not have a history with Baltimore before that day. While I had been to Baltimore a number of times, I was mostly a regional traveler, who saw Baltimore from the Amtrak train window on the way to Washington, D.C.

T. Rowe Price is global investment manager headquartered in Baltimore and employs more than 4,000 people in the city and its suburbs. It has a vested interest in seeing its hometown heal in the aftermath of the unrest, move beyond the stereotypes of “The Wire,” and ultimately thrive across the city’s ZIP codes. As I soon began my role, the obvious question was: How should T. Rowe Price support West Baltimore? How could we help the community rebuild and prosper? When the cameras turned off and the national media outlets left the city, our work started. Years of experience have taught me that the best way to work with a community is to begin as a listener. And so began my new role in my new city.

As I soon began my role, the obvious question was: How should T. Rowe Price support West Baltimore?

One of the benefits to starting this work as a new philanthropy leader was that hardly anyone knew me. I could sit in the back of community meetings and just listen without worry that my being there would cause individuals to act differently. Too often, philanthropy leaders can misdirect community dialogue, and I wanted to hear authentic community voices sharing their perspectives. My team and I attended over 150 community discussions, including one-on-one meetings with everyone from community residents, neighborhood leaders, nonprofit executives, and elected individuals.

Additionally, in partnership with the T. Rowe Price Foundation trustees, we met with thought leaders from around the world with expertise in communities that have gone through similar events and histories as Baltimore. This included academics who have studied unrest since the 1960s; civil rights leaders who walked with Dr. Martin Luther King, Jr. and Robert F. Kennedy in the South; and leadership from the community foundation in Northern Ireland, who gave context about how anchor institutions got involved during The Troubles.

Years of experience have taught me that the best way to work with a community is to begin as a listener.

The biggest win for us in going through these dialogues in and outside of Baltimore was that it allowed us to develop important values on how we wanted to partner with the West Baltimore community. Those values became: Promote a Visible Community Change by involving and being in constant view of the local community; Tackle Long-Term Systemic Issues highlighted from our discussions with residents and local leaders; Neighborhood Involvement ensures that community members actively lead and participate in the solution to challenges; Specific Impact ties grants to measurable community impacts that have been determined and led by the local community; Ability to Replicate the foundation’s holistic philanthropic response to community needs; and Collaborative Approaches that recognize the solution to the challenges facing West Baltimore will only be realized through these multiple efforts coming together collaboratively.

From these values, the T. Rowe Price Foundation worked with community partners to identify over a dozen areas where T. Rowe Price’s investment could focus. Through internal and external discussions, we narrowed that universe and landed on three areas:

The $1.3 million investment was the largest single commitment the foundation has made in its 36-year history. It sparked future discussions around impact giving versus corporate citizenship, general operating support, capacity building, and the foundation’s daily approach to partnering with community.

As the early seedlings of impact start to show themselves in West Baltimore, one of the greatest benefits has been how we have helped the community partners come together. Their support of each other has produced some ancillary outcomes we did not anticipate, mainly the sharing of information and social capital that have helped move the work forward beyond the cited impacts. For myself, thinking of that day with my son and now looking at how these community connections have started to solidify, it gives me immense hope amid the challenges that we, as a community, know we have to overcome. 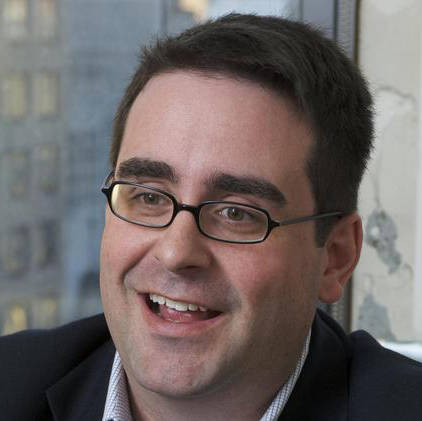