Five major foundations, all GEO members, have agreed to do more to combat the “starvation cycle” that undercuts the effectiveness of their grantees. They have agreed to test and refine potential solutions, and to reach out to other funders to share what they have learned.

The problem isn’t new. Chronic underfunding of nonprofits has been a perennial topic of discussion for years. In fact, funders and grantees have proposed numerous solutions. But no single approach satisfied everyone, an indicator of the inherent complexity funders face in responding.

Three years ago, presidents of the Ford, Hewlett, MacArthur, Open Society, and Packard Foundations resolved that the time was right to collaborate on addressing the starvation cycle conundrum. Aided by The Bridgespan Group in their search for solutions, the five presidents recognized that the diversity of funder and grantee contexts called for a menu of options—not one-size-fits-all. They hoped the menu of approaches (see chart), which spans unrestricted grants on the left to project grants that include indirect costs on the right, would serve as a catalyst to shift the long-running discussion about underfunding from talk to action. 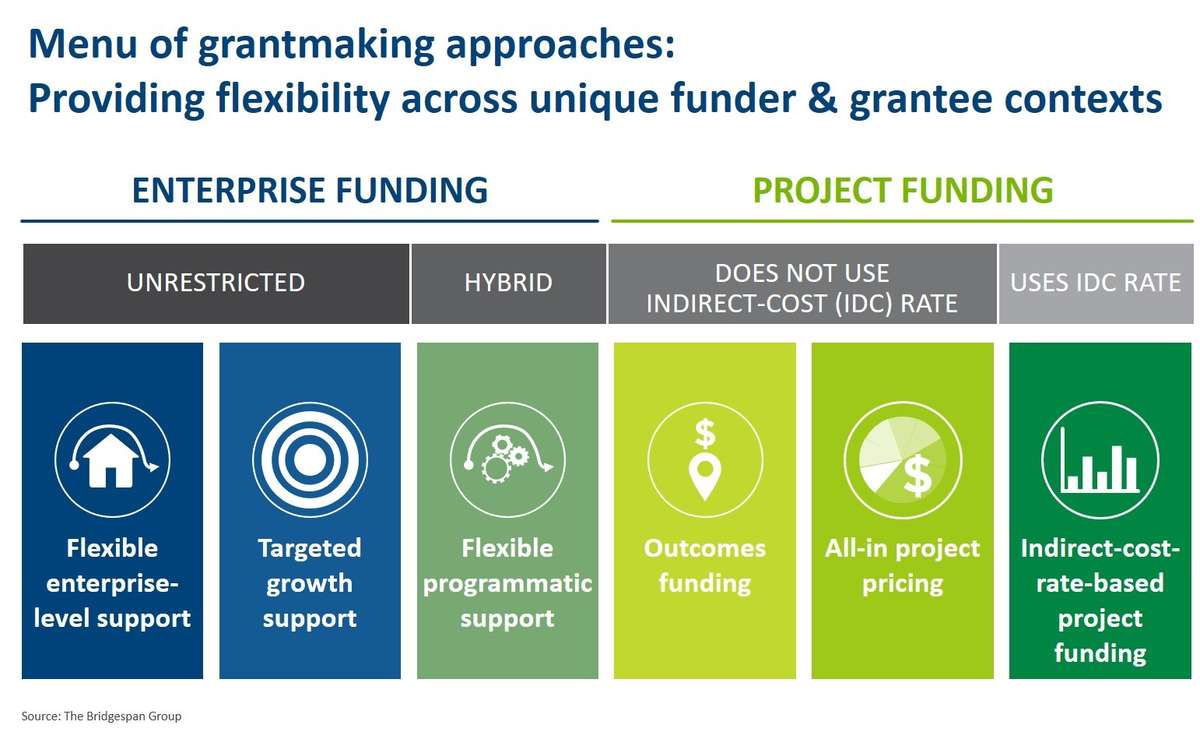 To varying degrees, the menu’s grantmaking options already are in use. Each option enables coverage of actual costs (direct program costs and indirect costs) in different ways. Three enterprise-level options deliver different types of unrestricted funds. Some members of the collaborative, along with many GEO members, view such flexible grantmaking—variously called enterprise level, general operating, or unrestricted—as a powerful tool for building strong organizations and the optimal solution to chronic underfunding.

The Ford Foundation, for example, has put unrestricted funding at the center of its BUILD initiative, a five-year, $1 billion grantmaking effort launched in 2016 and involving roughly 300 grantees. BUILD’s primary goal is to foster a stronger, more powerful set of civil society organizations and networks working to address inequality around the world. Two of the three project funding menu options do not require consideration of a grantee’s indirect cost rate. The third project funding option is the only one that explicitly addresses coverage of indirect costs. This type of grant represents more than three-quarters of US foundation giving and nearly all government funding globally. They also are the source of most nonprofit underfunding.

While project grants are an essential tool for philanthropy, the most common type typically does not cover the actual indirect costs—such as core administrative and operational expenses—that grantees incur to deliver their programs. To make coverage of indirect costs a part of program grants, the presidents had to come up with broadly applicable ways to calculate those costs—a task beyond the expertise of many program staff and nonprofits.

They accomplished this goal by inviting third-party financial organizations—BDO, Humentum, and FMA—to conduct a pilot project to test whether they could develop an effective, efficient, and standardized way to calculate indirect cost rates for a group of nonprofits. The test succeeded. Across the group, the financial organizations found that indirect-cost rates ranged from 12 percent to 60 percent. On average, the verified rates were more than 2.5 times greater than the foundations’ allocations for indirect costs.

The pilot demonstrated the feasibility of third-party indirect-cost rate verification—removing a barrier to covering these legitimate expenses. Most grantees gained knowledge about their own cost structures following the third-party verification, and all found the process worthwhile. With verified costs in hand, funders and grantees can have productive discussions around the amount of funding required to carry out all aspects of a project. The Ford Foundation is encouraging its grantmakers to engage in these conversations with prospective grantees to ensure we are at the very least “doing no harm” when making a project grant.

The presidents of the five foundations and their staffs are under no illusion that they have solved the chronic underfunding problem, even at their own institutions. They know that systemic change is hard to accomplish, no matter how compelling the data and rationale. Moving to a new approach of grantmaking presents many challenges given the wide variation in the cost structures of nonprofits.

Nonetheless, the presidents view the menu of funding options, including the potential use of third-party verification of indirect costs, as an important step on the long road to ending the nonprofit starvation cycle. It’s an effort, we hope, that will build momentum with continued, and expanded, collaboration among foundations and supporting intermediaries.

To learn more about this work at the five foundations, check out the Bridgespan’s full Ending the Nonprofit Starvation Cycle report. 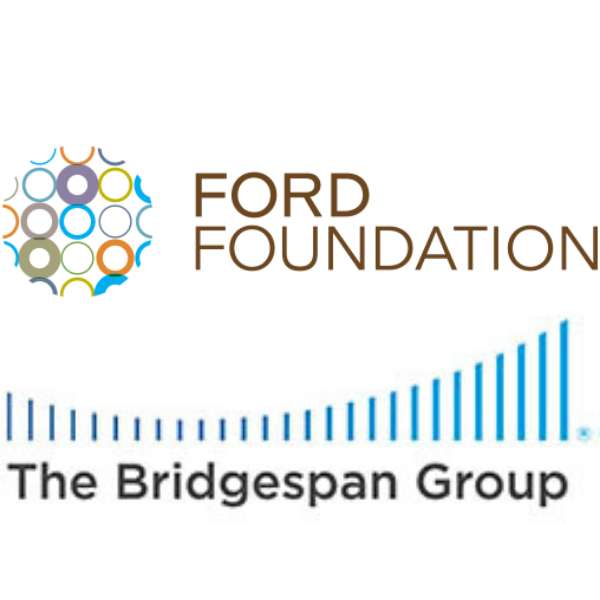 John Bernstein is vice president, chief operating officer, and treasurer of the Ford Foundation. Michael Etzel is a partner in The Bridgespan Group’s Boston office.